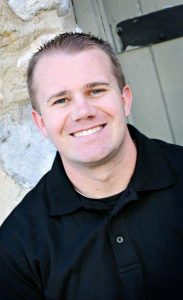 PATH OF THE PHOENIX is the debut Novel by L Scott Clark in the series entitled The Sorcerer’s Guide. Book #2 will be out later in 2021.

L. Scott Clark was born and raised in Littleton, Colorado, and has always been fascinated with writing but was sidetracked with other things such as Football, Baseball, and Theatre during high school. After graduation, he lived in France and Switzerland for a couple of years and absolutely loved the culture, food, and experience.

After returning from Europe, he enrolled in college and studied and graduated with a degree in Biology with a minor in French. He set his sites on the medical field and was accepted to graduate school at A.T. Still for a Master’s Degree in Physician Assistant. He began practicing medicine in a Correctional Setting at Utah State Prison. He continues to work in this unique environment for the last 15 years.

L. Scott Clark began writing in earnest after graduation and has written in areas such as Medicine, YA Fantasy, Mystery, Thriller, Science Fiction, and more.