Welcome to The Sorcerer’s Guide Series

Author L. Scott Clark has written 3 books as part of the series The Sorcerer’s Guide. This YA Fantasy Series is intended for 7 primary books and possibly a few extras along the way. There are several incredible themes including Magic Realism, Adventure, Fantasy, Mythical Creatures, Romance, and more.

Please feel free to check out his books:

Path of the Phoenix – Book 1 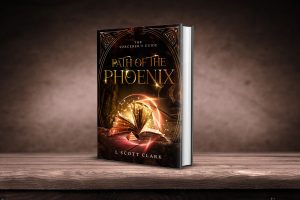 Magic has been Reawakened.
A young boy is chosen, but is he strong enough?
A book will become a mentor.

Sixteen-year-old Jet Black wants nothing more than to be normal. He survived a natural disaster four years ago, that killed most of his hometown. Now he is starting his sophomore year at Chadwick’s Boarding School, only to learn that many of his problems have followed him. He must find the courage to reveal his darkest secrets to his friends.

Discovering a hidden book that only opens at his touch, Jet is forever changed. Faced with a choice of safety or adventure, he embarks on a journey that will stretch his limits, test his friendships, discover magic, and ultimately lead him on a path back to his beginnings.

Magic has been hidden and forgotten for centuries but can’t remain concealed forever. A countdown initiates the eventual release of an imprisoned demon that threatens the world. Jet and his closest friend must unite and travel the world to find missing artifacts, treasures, and so much more—but can they really stop a war? 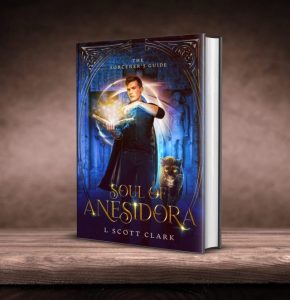 A Mysterious Predator Hunts for Those with Magic.
Contests may be more than they appear.
Life may be nothing more than a Gift.

Ever since Jet Black discovered The Sorcerer’s Guide, a book with a mind of its own, he has uncovered Elemental magic, clashed with mythological creatures, and obtained the first piece of the Phoenix, an ancient artifact. Things are about to get much more complicated.

The road to the second missing piece is believed to be through South America, but once Jet and his friends land, they find obstacles at every turn. The signs are clear that Shane Fallon and his goons might have already beaten them to the location. The journey will be as unexpected as it will be dangerous.

War is on the horizon, but Jet’s promising development is about to come to a screeching halt. Plagued with roadblocks, dissension, and something far more sinister, he must learn to bear the weight of his new responsibilities while finding a way to keep his friends intact despite the presence of a new threat.

Making matters worse, Chadwick’s Boarding School is under attack, and Jet is forced to work with Shane to protect the school. The Brotherhood has its eye on Chadwick’s and all that is happening. The reality of Jet’s breakthroughs will be life-shattering, and the battles ahead will require that he be unbroken. 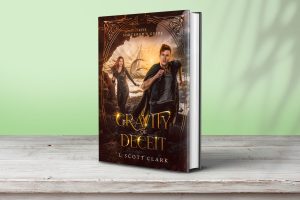 Deception can be seen in many diverse forms.
Evil hides in obscurity, biding its time.
The fallout can be disastrous.
Not everything is what it seems.